With the rapid growth of LNG as an energy source, the conference featured in-depth discussions on the macro outlook of LNG production and demand, shipping and regasification solutions and downstream markets including the development of small-scale LNG and LNG bunkering. 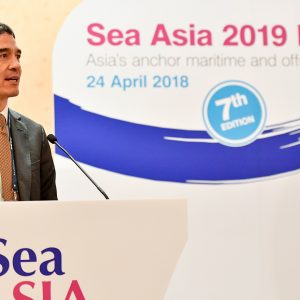 Seatrade UBM
Seatrade is an integral portfolio within UBM founded in 1970 that organises a range of global exhibitions, events and publications covering every aspect of the cruise and maritime industries. It is headquartered in Colchester, UK, and is globally represented across 23 countries in the UAE, Asia, South America and Europe.

In Singapore, both Sea Asia and Seatrade Maritime Awards Asia are managed under the umbrella of UBM Asia, the largest trade show organiser in the region, and the largest commercial organiser in China, India and Malaysia.

In this Maritime Knowledge Shipping Session, we are pleased to have three industry experts to share their knowledge on the topic - Challenges in Managing Refrigerated Cargoes. Through their presentations, participants can expect to gain a well-rounded understanding of the topic.

SMF held its annual New Year Cocktail Reception at Regent Singapore Hotel on 11 January 2017. Over 200 maritime leaders from both the public and private sectors attended the event and guests were invited to come dressed in vibrant colours to show the industry’s diversity and vibrancy.